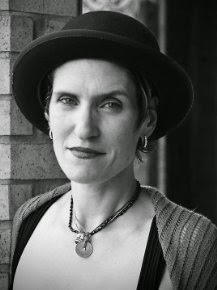 Eden Unger Bowditch has been writing since she was very small.

Eden has been a journalist, as well as a welder, and an editor. She has written stories and plays and shopping lists and screenplays and dreams and poems.

Eden grew up in Chicago, and later lived in Paris, Los Angeles, and in Baltimore. She lives with her family (husband and children) in Cairo, Egypt, but is back in Baltimore this year. But that’s another story entirely . . .

The Atomic Weight of Secrets and The Ravens of Solemano are the first two books in The Young Inventors Guild trilogy. Learn more at http://www.younginventorsguild.com/. 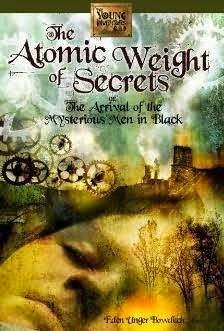 The Atomic Weight of Secrets

In 1903, five truly brilliant young inventors, the children of the world’s most important scientists, went about their lives and their work as they always had.

But all that changed the day the men in black arrived.

An amazing story about the wonders of science and the still greater wonders of friendship, The Atomic Weight of Secrets or the Arrival of the Mysterious Men in Black, the first book of theYoung Inventors Guild trilogy, is a truly original novel. Young readers will forever treasure Eden Unger Bowditch’s funny, inventive, poignant, and wonderfully fun fiction debut. 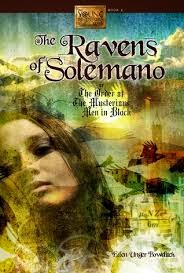 It has been mere days since the brilliant children of the Young Inventors Guild slipped through the fingers of the horrible Komar Romak. They have escaped with their lovely and caring schoolteacher, Miss Brett; with their long-absent parents; and with their bizarre captors, or protectors, or both – the Mysterious Men in Black. Now they are traveling by train, destined for parts unknown.

But a note in the hands of a dead man in a New York tunnel guarantees that safety is but an illusion. When the children’s world is blown open, life will never be the same again.

From the rolling plains of America to the wide-open waters of the Atlantic, through the Strait of Gibraltar to the remarkable village in the hills of Abruzzo, Italy, The Ravens of Solemano or The Order of the Mysterious Men in Black, the second book of the Young Inventors Guild trilogy, is an adventure like no other.